Even though the vast majority of people are fully aware of just how important exercise is for being able to live the best, healthiest life possible, there’s one thing that just about everyone really struggles with: finding the motivation to actually get up and do it! Even if you know that you should be exercising, many people find that their bed or the couch suddenly develops a serious gravitational pull that can be incredibly difficult to resist. But does that mean that you’re just doomed to wanting to work out but never actually doing it? Of course not! After all, there’s only one thing that’s actually standing between you and getting the kind exercise that you need to be as healthy as possible, and it’s not the couch, it’s you! Now, that’s not to say that finding workout motivation is always easy, but then again, nothing that’s worth doing it ever easy. But, to make things just a little more bearable, here are some simple tricks to help keep yourself motivated to exercise regularly.

Not having goals is perhaps the biggest mistake that most people make when they first start off on their fitness journey. Even if they have an idea of what they want, having vague goals like “lose weight” or “get fit” aren’t going to do you any good. Your goals need to be clear and specific. Not only that but they need to be achievable. You might want to look like a Hollywood star, but that may not be something you’re capable of, at least not right now. Keep your goals simple, and you’ll be much less likely to fall short of them. That way you’re going to hold onto your motivation because of the satisfaction that so often comes with reaching your goals.

See also  Getting Past a lack of Fitness Motivation

Working out can be equal parts exciting and enjoyable, but it can also be a little intimidating and even kind of boring for a lot of people. One of the best ways around this is to try and find an environment to work out in that is as supportive as possible. Joining a gym like www.primetimefitnessnf.com, that is specifically built around supporting people at any level, is a fantastic idea. You should also think about having a workout buddy. Not only is having someone else around going to make the experience more enjoyable but it’s much harder to make excuses to someone else than it is to make them to yourself.

Speaking of excuses, it’s time to throw them in the garbage! There are thousands of reasons that people give for not working out, and almost all of them are little more than excuses and justifications for not wanting to put in the required amounts of effort. People will say that they are too busy when they spend huge amounts of their time hanging out on the couch. They’ll say that they’re too tired from work despite the fact that, if they exercised more, they would have more energy in the first place! It’s time to stop making excuses for being lazy and start holding yourself to a higher standard. 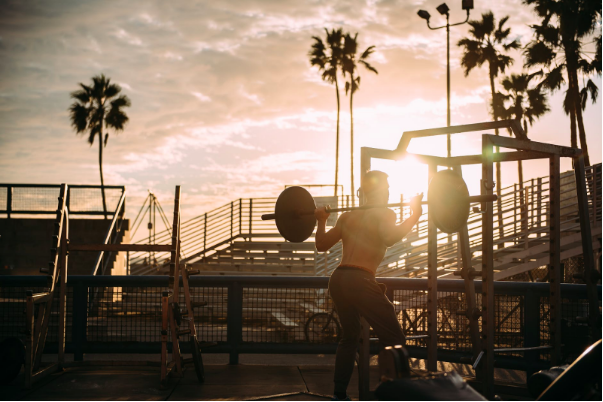 How To Truly Become ‘A Fitness Person’

How To Get The Weight Off In Those Last Phases

Run, Run! What No One Tells You About Training For A Marathon

One Reply to “Three Secrets To Finding Your Fitness Motivation!”