5 Exercises that are Amazing for Men and Women 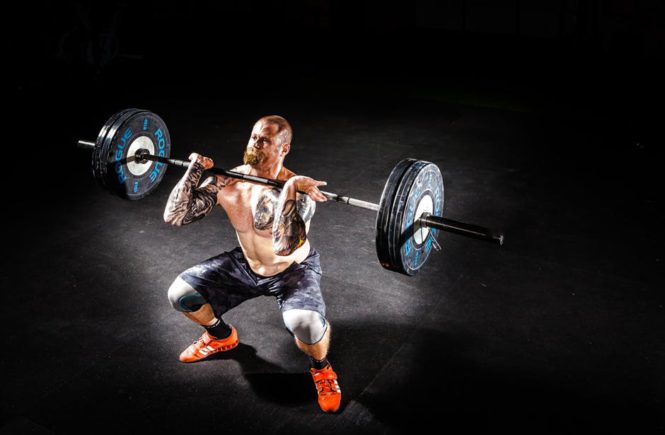 There are hundreds (if not thousands) of exercise variations that can be completed within a gym setting – and I would be the first to admit that some are unquestionably better than others. Within this vast multitude of different exercise variations lies the perception that some exercises are better for males, while others are much better suited for females.

I say perception because, as with most things health and fitness related, it isn’t so black and white.

In fact, there a host of different exercises that have HUGE benefit for both males and females, causing a number of improvements through a variety of different ways.

And it is essentially this thought that brings us today’s post, in which we will outline the five best exercises for both men and women, and how these exercises truly benefit us on an individual level.

The Romanian deadlift (or RDL for short) is a fantastic exercises that promotes the muscular development of the glutes and the hamstrings, while also greatly improving lower body ‘hip extension’ strength. The combination of these two factors can lead to improved posture, reduced risk of developing lower back pain, while also reducing our likelihood of sustaining injuries in day to day life.

Moreover, the movement at that hip and knees that occurs during a Romanian deadlift replicates a number of lifting movements that we perform on a daily basis. As such, by improving our strength in these positions, we improve our ability to function on a day to day basis.

Romanian deadlifts are performed like a traditional deadlift, but rather than working from the ground up, we actually start in the top position and move down. This allows us to increase our focus on the movement that occurs at the hip, while limiting movement at the knee.

The movement is initiated by sliding the bar down the front of the legs, while driving our hips backwards. Once we feel a stretch in the hamstrings, it’s time to move back up into our starting position – which is done by driving the hips forward and squeezing the glutes as hard as we possibly can.

READ  Is Sport All About Performance? The Hidden Benefits Of Sports

When most of us think of abdominal exercises, our mind jumps to crunches and side bends. And while these movements may have the capacity to build up the abdominals, they do have a downfall associated – they don’t actually train the muscles of core in the way they work on a day to day basis.

You see, the muscles of the core are actually designed to resist movement and stabilize the spine, rather than produce movement at the spine.

Which is why the side plank is such a fantastic exercise. It trains the abdominals (with specific emphasis on both the internal and external obliques) to resist both lateral flexion forces AND anti-rotation forces. This anti-movement strength can lead to reduced low back pain and a healthier spine, which is obviously fantastic for both males and females alike.

Performing the side plank for 3 sets of 30 seconds each side a couple times per week should do the trick.

The squat is one of the few gym based movements that are considered fundamental.

They are fundamental as they closely replicate a number of movements that occur in both athletic scenarios (such as sprinting, jumping, and bounding), and activities of daily living (such as standing from a seated position).

The issue with these movements, and particularly the squat, is that they are quite complex in nature, requiring movement at the hips, knees, and ankles, while also demanding a strong and stable spinal position.

Which is why the goblet squat is such a fantastic variation. By holding a dumbbell in front of the body (like a goblet) we force the abdominals to work overtime, making the movement easier to perform, while simultaneously increasing the demand placed on the core musculature. This leads to large improvements in both abdominal and lower body strength, which can improve function significantly.

As an added bonus, as the goblet squat requires the use of so many different muscle groups at one time, it also creates huge metabolic demand which can lead to improved fat loss over time.

The single arm dumbbell bench press is performed like a normal dumbbell press, but just with one arm at a time (while the other arm remains completely unloaded). This variations has two key benefits. 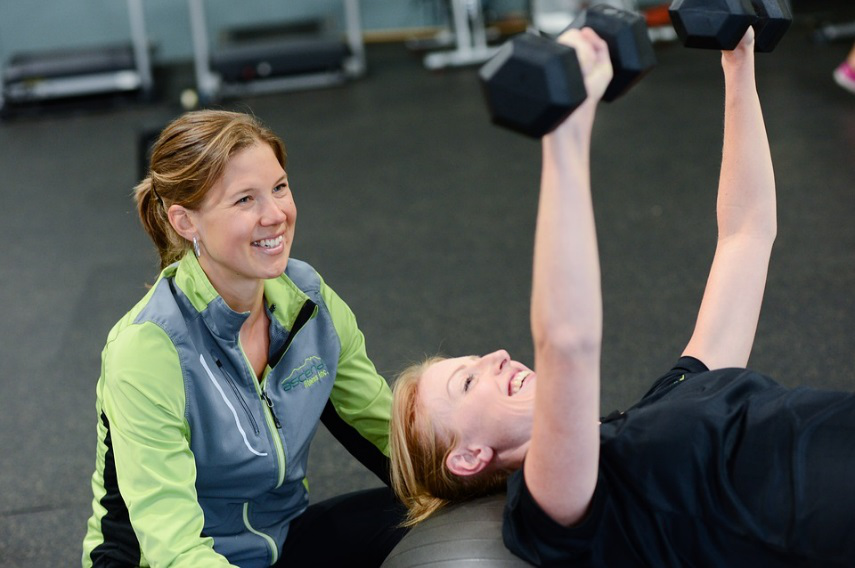 Firstly, it absolutely smashes the muscles of the upper body, leading to the development of the pectorals, the triceps, and the deltoids, while also improving upper body strength that carries over directly to a number of tasks of daily living – essentially making our life easier.

READ  How does Zumba help you lose weight?

Secondly, by only loading one side of the body the core has to work overtime to resist rotation at the spine. This leads to massive improvement in core strength and spinal health – which can carry over to improved longevity and greater low back health.

Just leave your ego at the door for this one, as it is A LOT more challenging than it sounds.

The inverted row is basically a horizontal version of the pull up that can be performed on the smith machine, in a squat rack (using a barbell), or on a TRX suspension trainer. 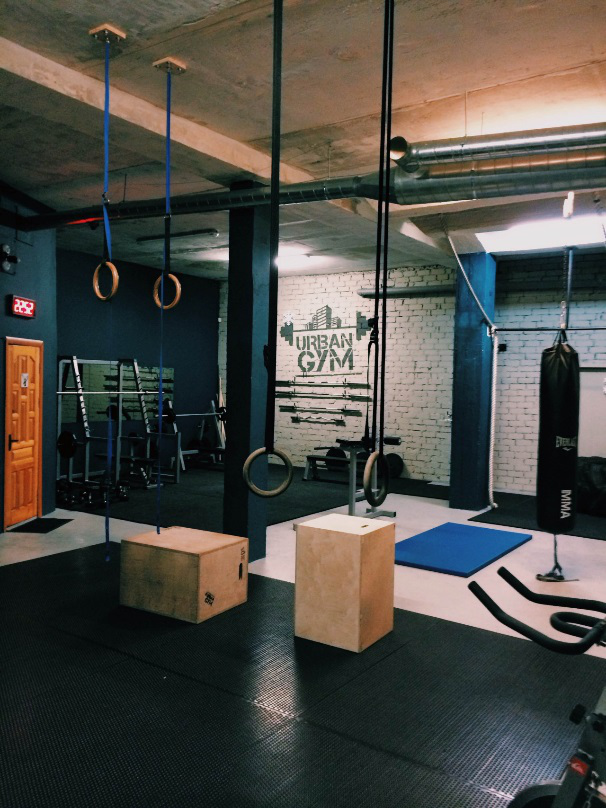 The inverted row is an excellent builder of upper back strength, while also promoting the development of all the postural muscles around the shoulder blades. This leads to greatly improved posture, and the reversal of that ‘hunch back’ position that so often occurs in response to too much sitting – something that will benefit both males and females in a massive way.

The trick with these is to really drive your chest towards the bar, and squeeze the shoulder blades together at the top. This ensures maximal development of those postural muscles, which will therefore lead to the greatest improvements in posture.

With there being so many exercises out there, it is hard to know which ones will offer the most bang for your buck. But, by including the exercises outlined in this article, you can maximize your upper body, lower body, and core strength – irrespective of whether you are a male or a female.

The strength developed during these movements will further lead to improve posture, greatly increased function, and a massive reduction in injury risk and low back pain – all of which is extremely beneficial – no matter your gender.

Switch Up Your Exercise Routine 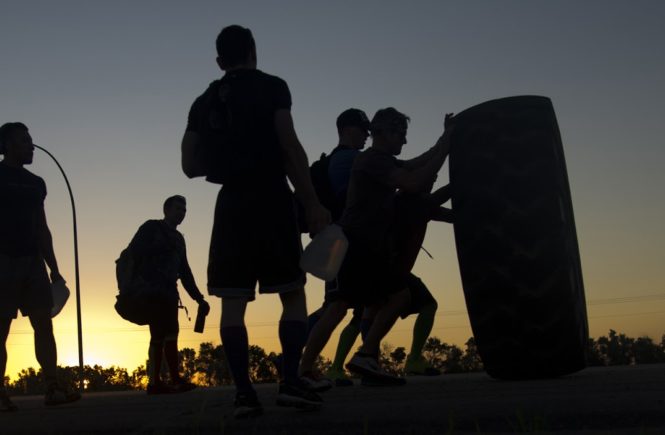 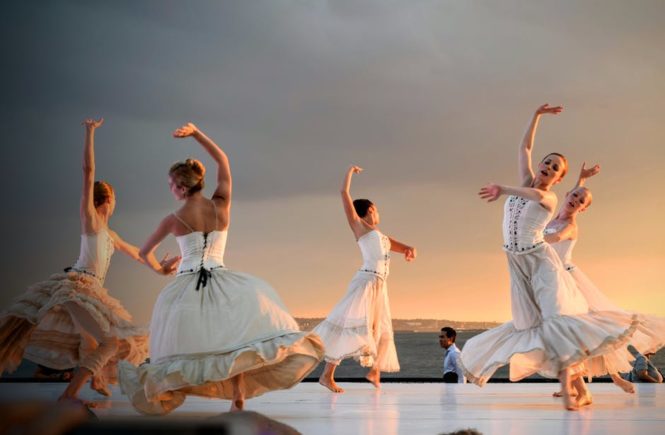 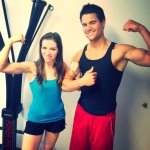 Guaranteed Techniques to Enhance Your Energy

I’m an owner of a small gardening shop and a blog. As a result, I always busy and have a...